A recent study found that Millennials, those born 1983 – 2000, are driving less. Instead they prefer taking transit, biking, walking and other means of transport. Many also prefer living in walkable cities. Taking this trend further, we might be heading towards car-free cities or even lives. But what would these look like, and what would be the consequences?

In many European cities, already (or should we say again?) more than half of all trips are either walked or cycled. Several are also planning to become partly or fully car free. Hamburg, Germany’s second biggest city for example is planning to create a car-free Green Network in the next 20 years, connecting all its green spaces via walking and bike paths. And then of course, there’s Venice, Italy, Europe’s largest urban car-free area.

Without cars though, how would we get around? Most likely walking, (electric) bicycles, scooters, unicycles and other green personal transport solutions, as well as on-demand public transport (e.g. autonomous electric cars or a personal rapid transport system) and trains would fulfill all our transport needs. What this could look like is nicely illustrated on the picture below (thanks to TCLocal for permission).
Most of these are in use already, and the others are in development, so this future doesn’t have to be far off. 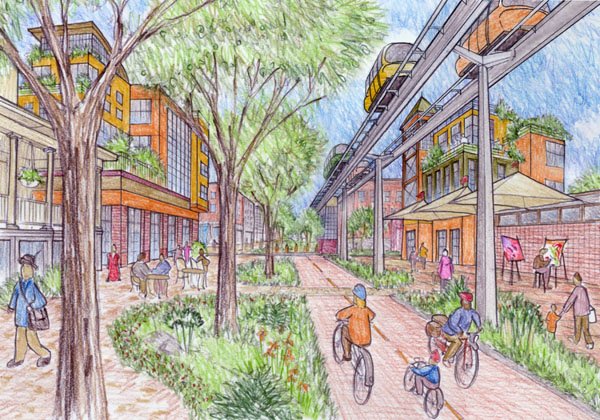 What difference would it make? For you and me, a car-free future would mean no traffic jams, less stress, more exercise on a daily basis and greater wellbeing. We would have a drastic reduction in air and noise pollution. Can you imagine hearing the birds sing on your way to work? Children could play in the streets again. We would also spend less money as car insurance, fuel and parking tickets become unnecessary, and better health means reduced medical costs.

The government would be happy about lower healthcare costs (healthier population, fewer traffic accidents) and road maintenance costs. The money could be invested back into the city and make it greener and more pleasant to live and work in. And of course we would use fewer fossil fuels, reducing our reliance on them and helping combat climate change.

Some people (e.g. elderly or with disability) wouldn’t be able to get around as easily; however, on-demand public transport options should work for them. Alternatively, special permissions to use a car could be given based on need.

Can’t wait for the future to come to you?

Why not set an example and go car free like Erica C. Barnett, Adam Singer, Andy Singer or Brian Smith?
Or you could start by cycling to work and already reap many of the benefits.

Let us know your thoughts

Would you like to live in a car free city? Could you imagine living without your car?
Let us know in the comments below. 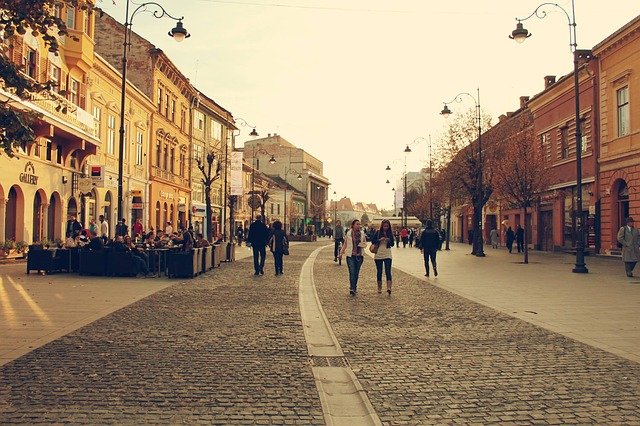