The city with the fastest public transport in the world

We were wondering: Where in the world can we find the best public transport?

To find out, we had a close look at anonymously collected TripGo data for all the cities (or major urban areas) we’re covering around the world.

So, how fast is public transport is in each city? More specifically:

On average (across all 76 cities/areas), we found the answer to the first question is “about 7 minutes”; to the second it’s “about 3 times as long”.

Germany’s capital has a great public transport network with U-Bahn and S-Bahn urban rail systems, regional railway services, a tramway system, a bus network and a number of ferry services. With 4.5 minutes per km on public transport, you take just over twice as long as a car to travel around the city.

We have all seen the red double decker buses queue up in a seemingly very inefficient manner; however it turns out that London’s public transport is actually one of the fastest! Having said that, there are of course lots of other options, including metro, light rail, trams and trains. On average it takes less than twice your driving time to take public transport, which travels at about 4.5 minutes per kilometre here.

And our surprise winner *drumroll* – Porto Alegre, Brazil.
Not only does every kilometre travelled on public transport (options are metro, bus & microbus) in Porto Alegre take less than 4 minutes, but that’s also about as fast as driving according to our data. Pretty impressive!
Porto Alegre is the capital and largest city in the Brazilian state of Rio Grande do Sul. 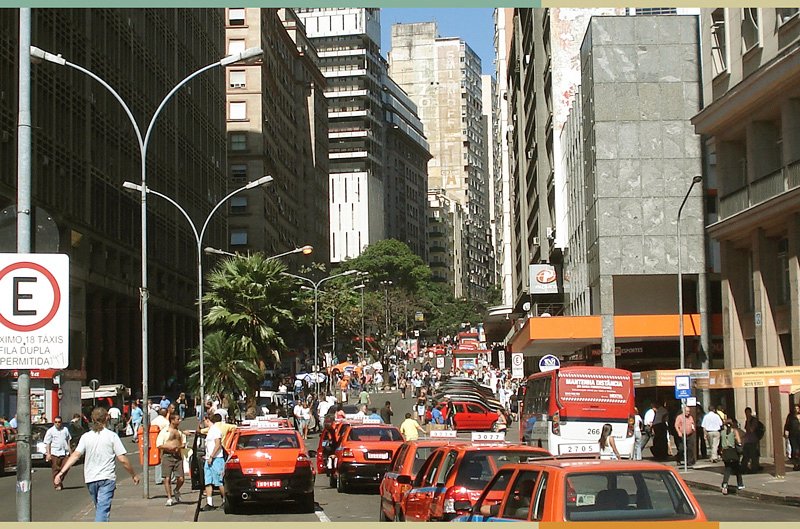 The city with the fastest public transport – Porto Alegre, Brazil

Madrid, Spain on the other hand has the slowest public transport, crawling along with nearly 14min/km; travel times take over 5 times as long as driving. This is in spite of the city boasting trains, buses and Western Europe’s second largest metro system (after London’s Underground).

This is our distribution for all 76 cities/areas: 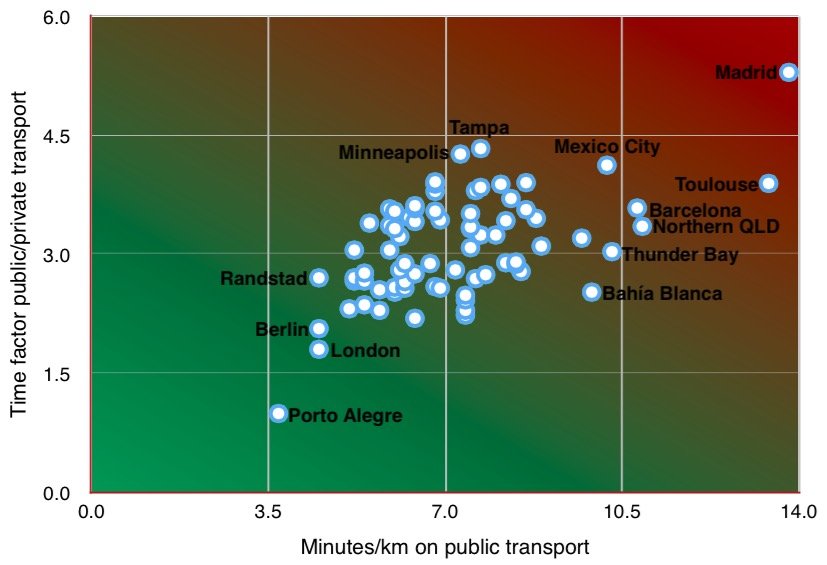 Let us know in the comments below.

Notes: Data generated on 3 December 2014. No guarantee for accuracy of information. Index calculation: value for city divided by median. Overall index calculated by multiplying the individual indices. Indices rounded to 1 decimal (however, ranking is based on unrounded figures). City public transport information sourced from Wikipedia.