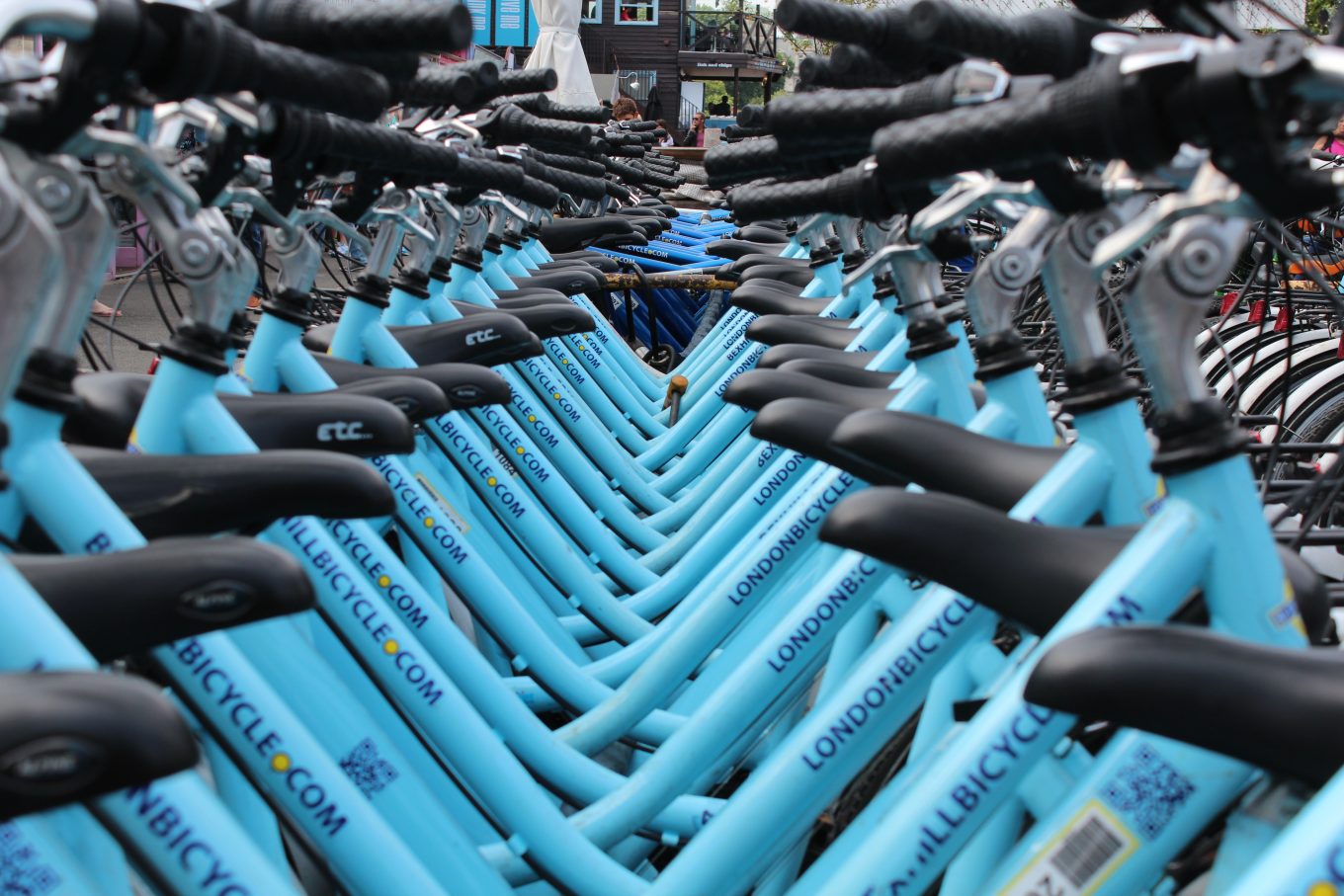 As discussed extensively in our previous article, the first mile/last mile problem refers to one issue that can plague even cities with the best public transportation systems. Not everybody can possibly live or work within easy walking distance of a transit station or bus stop. Thus, cities still suffer from traffic congestion, parking problems, and excessive auto emissions.

City planners know that they can’t always simply add more routes and stops because it would cost too much or result in other undesirable outcomes. At the same time, the first mile/last mile problem discourages many commuters from using mass transit at all. An integrated transportation system that includes public transportation and such flexible alternatives as micro-mobility vehicles can help fill in the gaps. Since using micro-mobility on a large scale still needs to mature a bit, city planners, micro-mobility companies, and the public need to work out the best and safest ways to implement these new solutions.

As one of the worst and most congested cities for commuters in the US, Houston and its surrounding suburbs have problems much longer than a simple mile. That’s obvious to anybody who has seen the vast commuter parking lots that surround suburban bus stops. Certainly, commuters have an option to take the bus; however, they need a way to travel several miles get to the bus stop. While Park-and-Ride bus lines may ease some congestion, parking problems, and auto-generated emissions in and around downtown, they don’t do much for the vast areas of bedroom communities.

In denser urban areas that are better served by mass transit, proximity to convenient options also tends to drive up the cost of housing. The much anticipated crossrail line in the UK, which will serve London, Berkshire, Buckinghamshire and Essex, is said to increase housing prices on average by 8% before 2020. This may mean renters who cannot absorb higher payments have to move further away yet again. In some cities, only wealthy people can always afford to live close to public transportation.

In many larger cities, commuters don’t always have to purchase their own micro-mobility vehicle. As the demand for alternative transportation has grown, quite a few companies have come up with vehicle-sharing schemes that let people “rent” their transportation with convenient, distributed, self-serve apps. Customers can use their mobile phones to locate a vehicle, unlock it, and pay the fee. In the evening, workers pick up the vehicles to charge for the next day and then return them to designated spots.

How can cities use micro-mobility to ease congestion and other burdens?

Mass transit usually includes busses and trains that have set routes and stops. These large vehicles can carry a lot of people, but the very economies of mass transit limit their reach. A city with the best-designed transport system simply can’t provide accessible stations to everybody by adding more stops and routes.

Today, most commuters use their cars to make up for lapses in public transportation. If somebody has to travel two or even ten miles to a transport stop, they probably don’t plan on walking. On the other hand, vehicle-sharing companies have found plenty of commuters who will gladly take the chance to use a vehicle that’s not so overpowered and overpriced for short trips as a family car.

What needs to happen to make micro-mobility mainstream?

To understand some obstacles cities face when they want to offer more alternatives for commuters, it might help to consider the simple example of bikes. Why don’t more active adults ride bikes when they need to take short trips? For one thing, bikes don’t really belong on most sidewalks or streets, so they can become hazards for riders, drivers, and pedestrians in places without bicycle lanes or paths. Also, where do people leave bikes once they’ve arrived at their destination? Two solutions, bike-sharing services and more bike paths, have to stem from cooperation between city planners and companies.

A personal car may be overpowered for short, routine trips; however, bicycles won’t suit everybody either. Powered electric scooters can fill in more gaps. This more complex solution generates other problems. To illustrate some of the growing pains of the rise of micro-mobility, consider the dockless scooter wars that have recently escalated in many California cities and more recently, in Austin, Texas and Washington, DC.

Large, emerging micro-mobility companies include LimeBike, Bird, and Spin allow customers to use mobile apps to find the nearest scooter, unlock it, prove their identity, and pay a per-mile charge. Once the customer finishes the trip, they can just leave the vehicle at their destination. These companies have not had trouble attracting customers; however, they’ve also attracted the ire of city officials and major detractors.

For instance, City Lab reported that San Francisco issued case and desist orders against the major scooter-sharing companies in the city with the claim that they endangered health and safety and routinely broke the law. The city acted after residents filed multiple complaints because people used them carelessly on the sidewalk and abandoned them haphazardly.

On the other hand, supporters shot back by arguing that the scooters reduced traffic congestion, which helped lower emissions and even made driving safer. Some of these new scooter-sharing companies have also pledged to rebate part of their earnings to the cities that they operate in to help facilitate creating more lanes and paths for alternative traffic.

EU cities with plans for using micro-mobility to curb emissions

According to the European Commission, vehicles generate at least 12 percent of the most common greenhouse gas emissions within the EU. Besides the impact of greenhouse gasses upon climate change, a current European Environment Agency report found air pollution as a preventable cause of 500,000 deaths in one year across the EU.  Just this year, the EU has taken Germany, the UK, and a handful of other nations to court over standards violations and looks ready to ramp up enforcement.

While many European cities scramble to avoid fines, it’s important to look at some cities that have made excellent progress towards decreased congestion and emissions by implementing tested micro-mobility plans. Recently,  Karlsruhe gained fame as Germany’s second bicycle capital after they begun implementing a program in 2014 which increased the percentage of bike traffic to 25 percent.

In order to give citizens better access to trains, they created an electric train-tram system that runs on tracks on city streets and might be considered a type of micro-train. According to Intelligent Transport, the city is currently testing access to other routes with more typical micro-mobility vehicles in cooperation with research facilities, businesses, and a group of other cities.

How micro-mobility vehicles can help and not hurt cities

Micro-mobility solutions can help fill in the gaps between public transportation for millions of commuters. In fact, they can even help make mass transit more attractive, so more people will choose it over driving their cars. In turn, this can reduce traffic congestion, parking issues, and other urban problems. The idea is still maturing, so cities have suffered some growing pains because of concerns over safety and in some cases, etiquette. Other cities may learn some lessons from the first pioneers of micro-mobility to get city officials to coordinate with micro-mobility companies and the public earlier in the planning phase.