The city with the best public transport in the world

To last week’s data looking at where public transport is fastest, we added price information where we have it available.

So, of those 28 cities/areas, which one has the best (fastest and cheapest) public transport?

Public transport in Perth consists of trains, buses and ferries. Travelling a kilometre by public transport takes about 5.5 minutes and costs about 22 cents. Pretty cheap – helped by the Free Transit Zone in Perth’s CBD.

On top of the world’s largest tram network, Melbourne offers its residents and visitors buses and trains to get around. Public transport takes just over 5 minutes for each km travelled and costs about 18 cents per km. Similar to Perth, Melbourne has a Free Tram Zone in its CBD.

#1 – the winner – Adelaide, Australia
We know what you think – another Australian city?? But that’s what our data shows; Adelaide offers the best public transport deal of all our 28 cities. Though it takes nearly 6 minutes per km, that’s just over twice as long as driving, and the price is among the lowest with 16 cents per km. There are buses, trains and trams to choose from. Not surprisingly, also in Adelaide certain services (including the City Loop and the Tindo solar powered electric bus) are free. 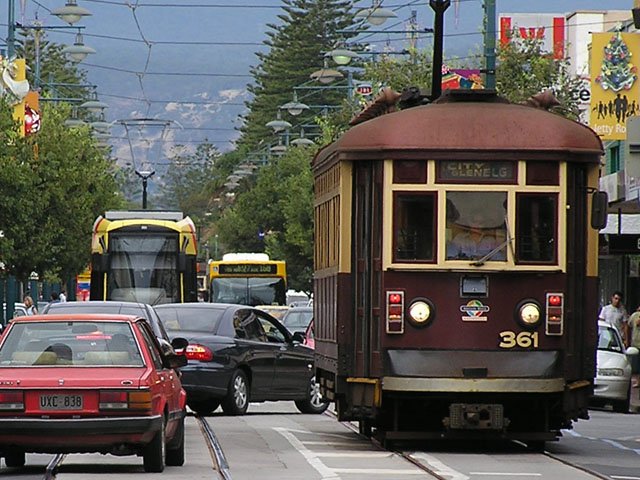 The city with the best public transport – Adelaide, Australia

Transport in Bahía Blanca on the other hand is not only slow, but with 67 cents per km also expensive, catapulting the city onto the last place on our list.

Click here for the full table with all 28 cities/areas.

Let us know in the comments below.

Notes: Data generated on 3 December 2014. No guarantee for accuracy of time or pricing information. Transport prices are adjusted using average income for the country from Nationmaster. Index calculation: value for city divided by median. Overall index calculated by multiplying the individual indices. Indices rounded to 1 decimal (however, ranking is based on unrounded figures). City public transport information sourced from Wikipedia.