When will we have driverless cars?

Lately we’ve been hearing a lot about car companies building more and more autonomous cars, i.e. cars that can drive themselves and do not require a human to take control. This requires the car to sense and react to its environment and navigate to its destination without human input.

So, you’re asking, when can I buy my first self-driving car and kick back on my daily commute, having breakfast and doing my makeup instead of getting annoyed about the traffic?

Predictions vary – the Antiplanner forecasts that by 2020 cars that can drive themselves under most conditions will be available, with an option for override by a human driver. By 2030 most new cars won’t have rearview mirrors, horns, or emergency brakes, and by 2035 they won’t have steering wheels or acceleration and brake pedals either according to Wired.

This infographic shows a detailed breakdown of predictions from a variety of sources – click for full size: 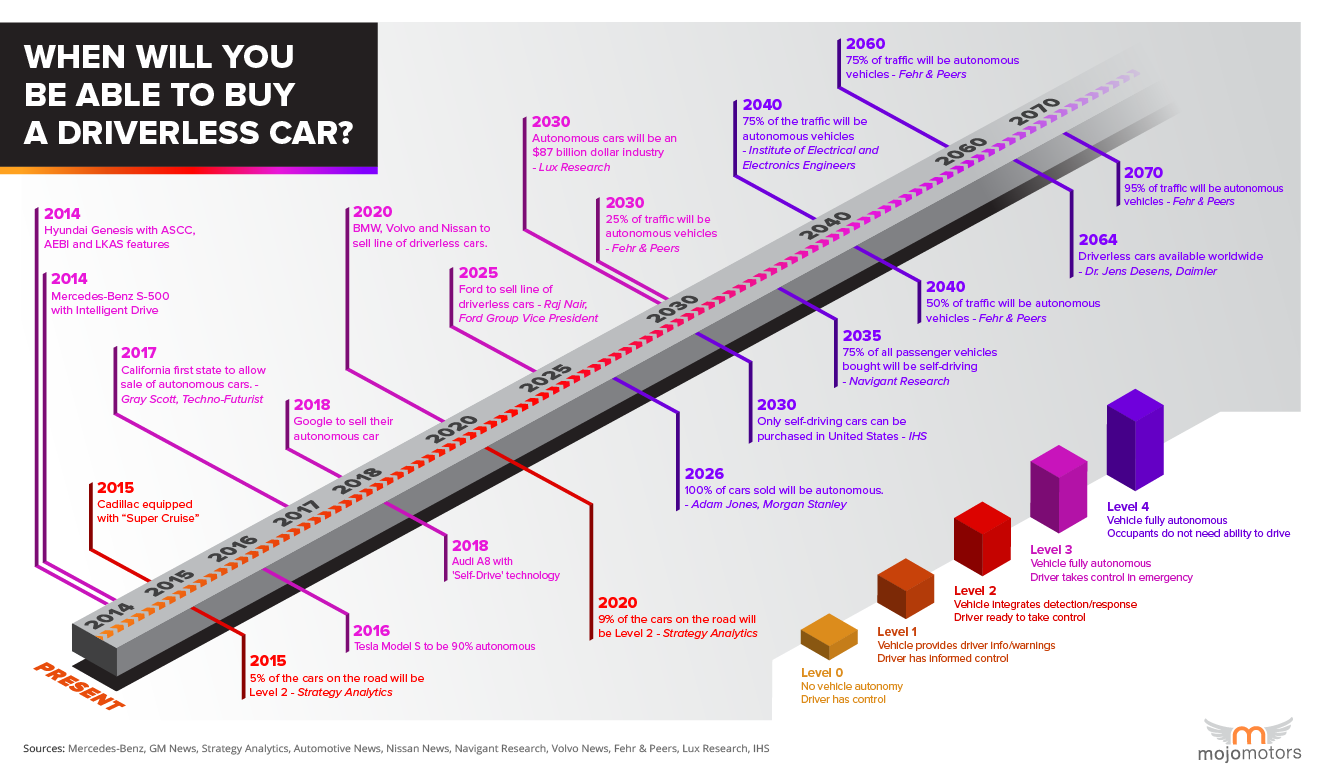 What else will change? 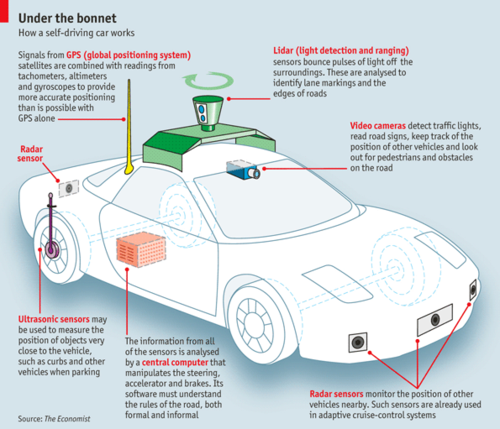 What still has to be figured out:

Let us know your thoughts

What do you look forward to most with autonomous cars?
Do you have any concerns about them? 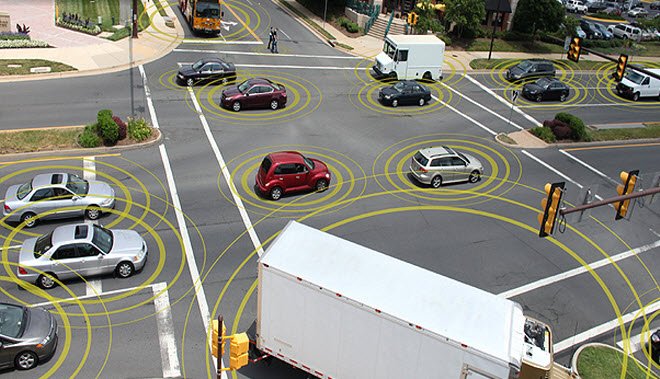