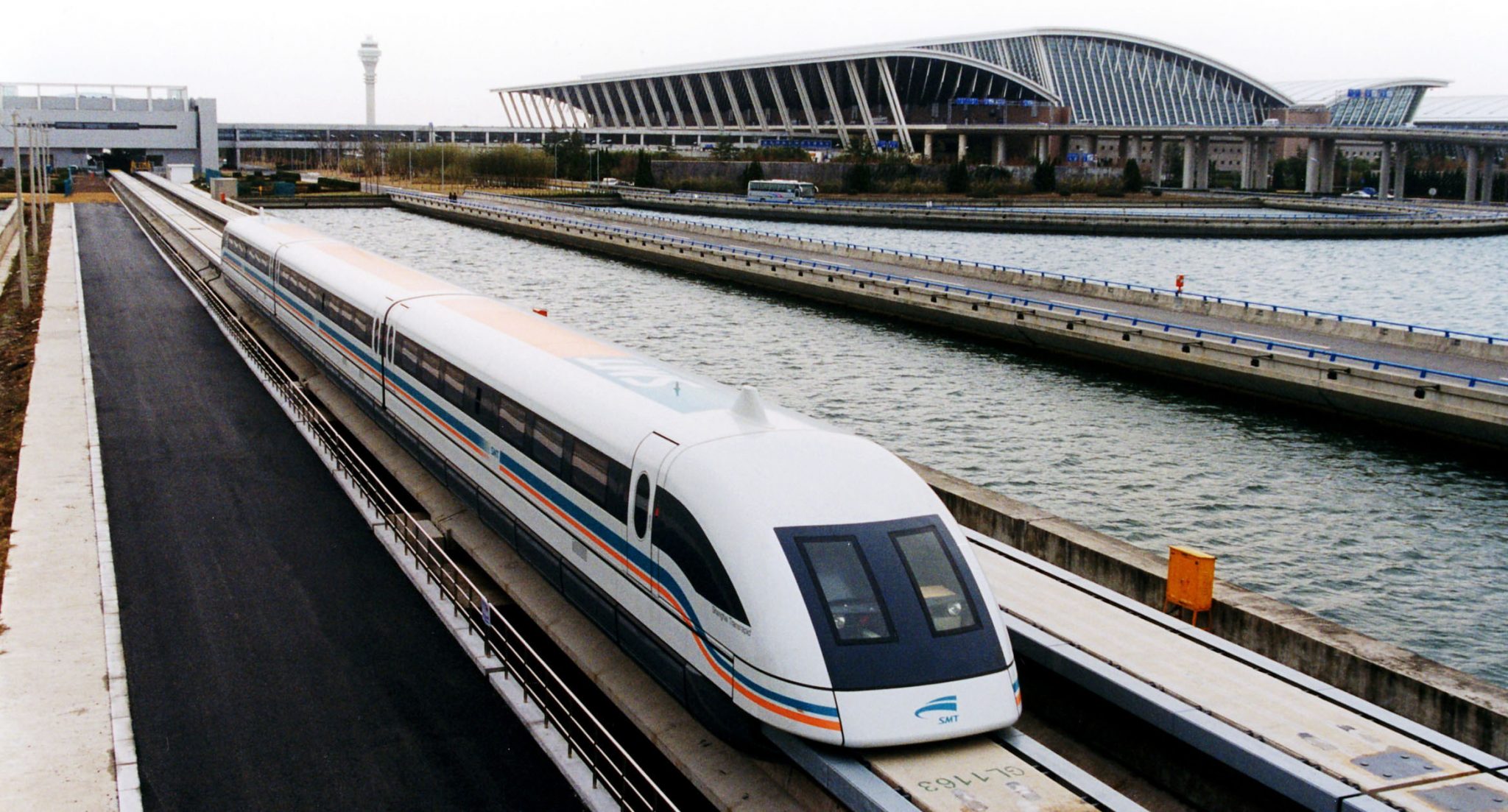 Bored with today’s trains? Do you find them outdated, too slow, inefficient, too noisy? Fear not, the trains of the future are among us… And they’re only going to get better.

Maglev, short for magnetic levitation, propels the vehicle over its tracks using magnets. At high speeds it is smoother, quieter and more efficient than conventional trains, as there is no friction with the tracks. 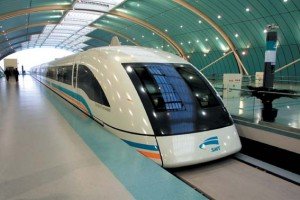 Maglev systems have been built for decades, and though they started slow, some of the latest generation trains are breaking speed records. The Shanghai Maglev Train, the world’s fastest passenger train, regularly exceeds 267 mph (430 km/h). The only other currently operational Maglev systems serving the public are the Linimo in Japan and Daejeon in South Korea (see Wikipedia for more info on past, current and future maglev systems). 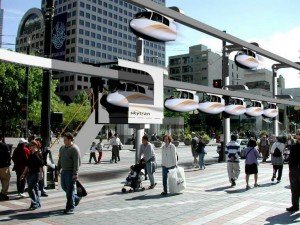 Combining the advantages of maglev with the flexibility of personal transport is the SkyTran which is currently being built in Israel. It uses a “packet switching” model, allowing for offline stops without slowing the main traffic. In contrast to other systems, cars are positioned below instead of above the tracks. Passengers are being transported in small automated vehicles that fit up to 2. These cars can be called and the destination entered using smartphones. Travel speed is expected to be around 60 mph (100 km/h), but can go up to 100 mph (160 km/h). 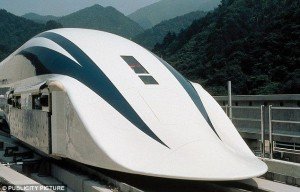 High speed passenger maglev systems currently in development include the Magline in Canada and Chūō Shinkansen in Japan. The Magline also uses the packet switching system, meaning there is no speed lost on the main line. With estimated top speeds around 311 mph (500 km/h), the journey from Edmonton to Calgary would be reduced from 3 hours by car to 45 minutes. Tests for the Chūō Shinkansen are already underway, and it would achieve the same top speeds, making it possible to travel from Tokyo to Nagoya in 40 minutes.

Maglev + vacuum = so much faster 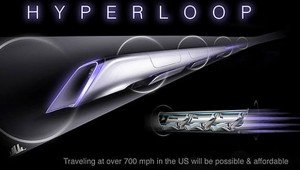 Combining maglev with a vacuum tube would mean that the air resistance (drag) can be vastly reduced, further improving the train’s efficiency – and therefore speed! Elon Musk’s much hyped about Hyperloop is based on this idea. The Hyperloop will have high-speed capsules that glide through tubes with partial vacuum. They will reach top speeds of around 760 mph (1,200 km/h), allowing you to travel from Los Angeles to San Francisco in an incredible 35 minutes. The Hyperloop is currently at concept stage, but if it becomes reality it would definitely revolutionise land travel. 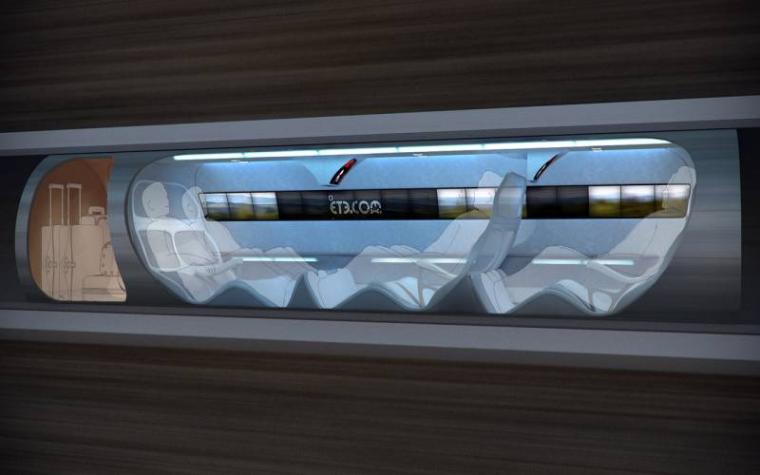 But dreams still go further. The ET3 (Evacuated Tube Transport Technologies) combines maglev with a full vacuum tube system. Passengers will be transported in car-sized capsules (up to 6 each), and airlocks at the stations would allow for transfer of the capsules without letting air into the system. For international travel, speeds will go up to 4,000 mph (6,500 km/h), meaning you could go from New York to Beijing in 2 hours. The developers call it “space travel on earth”. Mind boggling.

Let us know: What do you think about these future trains that can go at super high speeds (and beyond)?